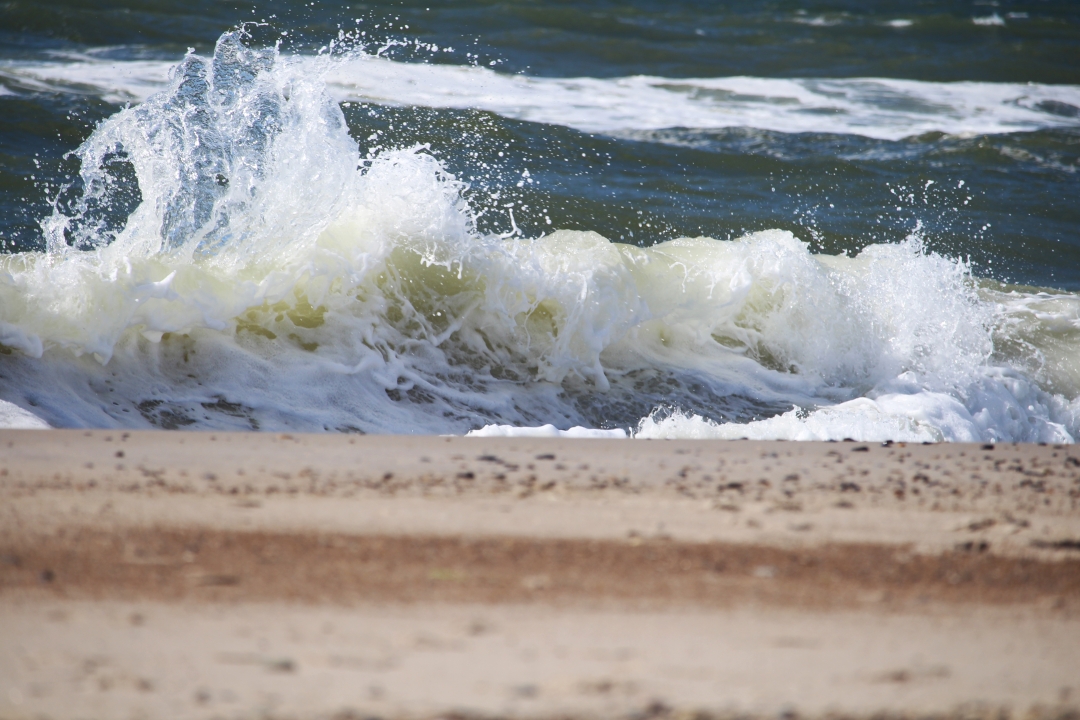 Mechanical Waves in the Brain – A Steam Punk Fantasy?

*this article may contain unpaid advertisement, because brand-labels are being mentioned

It has been known and investigated for more than fifty years, that the signals in the brain are transmitted by electrical action potentials. However, according to physicist Thomas Heimburg, this theory is completely wrong. In his opinion, the signal transmission is solely a mechanical wave, a so-called soliton, and ionic currents or ion channels don’t play a role at all. Two days ago @biologywasmyfirstlove asked me on instagram to investigate the german article ‘Das mechanische Gehirn‘ in which Douglas Fox discusses the pro’s and con’s about this theory. It was printed in the recent issue of ‘Gehirn & Geist‘ by Spektrum der Wissenschaft (10/2018). So I did some additional research and I will explain some of the basic concepts of neuroscience and discuss the soliton theory in the following.

(I’m sorry, I couldn’t come up with a better title! Wrote this post in a few hours and wanted to upload it ASAP for you! :P)

The Basic Principles of Signal Transmission in Neurons

In order to have everyone on the same level, first some background knowledge for this post! If you know about the concept of plasmamembranes and actionpotentials you can skip the next two points. This is the present textbook-knowledge about signal transmission along axons, which has been estensively studied for more than 50 years with thousands of published papers.

Short recap of the structure of a plasmamembrane

Shortly described, cell membranes, as found in neurons, consist of a double layer of phospholipids and proteins. Phospholipids are made from a hydrophilic (water-liking), polar head and a hydrophobic (water-hating), nonpolar tail composed of two fatty acids. To form a membrane, many phospholipids gather together. Since they are surrounded by water-containing fluid, they prefer to face their hydrophobic tail away from the water in such a way that you would see head, tail, tail, head, if you were to cut through the membrane. The phospholipids, however, are not connected with each other. They rather ‘dance around’ and change places all the time, much like balls in the water. Therefore, the membrane is often referred to as a fluid (‘fluid mosaic model‘).

When at rest, there is a difference in charge between the outside and the inside of a cell as a result of an unequal distribution of ions (inside is more negative, the outside more positive). In neurons, this difference in charge – the resting potential – amounts to approx. -70mV. This difference is kept by the sodium-potassium-pump, which kind of acts like a guardian and throws out 3 Na+ (sodium) which are too drunk and lets in 2 K+ (potassium) instead (cause they are still sober 😛). Whenever a stimulus is strong enough, sodium-channels (the bros of Na+) in the membrane open and smuggle in a lot of Na+. Immediately the mood inside of the neuron increases – and so does the membrane potential. A wild party is going on until the sodium channels get in trouble and have to close. The guardian is still throwing out Na+ and now has a lot of work to do to get all of them out. To be able to clean up the mess, K+-channels open and also throw out K+-ions. The mood inside of the cell is decreasing and so is the membrane potential. Often, too many K+-ions are kicked out, so the membrane hyperpolarizes a bit, until the party can start all over again.

Long story short: This action potential travels along the axon. The theory behind it has been studied for many years and forms the foundation for neuroscientific research.

A soliton is a solitary wave that maintains it’s shape while propagating at a constant speed. When two solitons, which are traveling in the opposite direction, collide, they pass through each other and remain their shape and speed. But what do they have to do with the signal transmission in the brain?

The physicist Thomas Heimburg claims, that action potentials, which form the base for signal transmission, are actually mechanical waves, which can be modeled as solitons (and NOT of electrical nature). This is a thermodynamical approach AND a harsh statement, so let’s look into the basis for this assumption!

Phase transition as a basis for the formation of solitons

So, we already know that the plasmamembrane is kind of a fluid. As we also know, fluids, like water, can transition from the fluid state to a frozen or gaseous state, depending on the temperature. According to the soliton theory, membranes are thought to have a freezing point just below the bodytemperature. When freezing, the density increases and the membrane becomes thicker.

As stated by Ichij Tasaki, who put a platin plate on a nerve fiber to measure movements and therefore local changes in thickness of the nerve with a laser, the diameter of the nerve expands when an action potential travels along and immediatly shrinks when it has passed. Tadaaa! Here we have the mechanical wave, our soliton! The increase of diameter is thought to be due to the plasmamembrane transitioning to the gel-like, crystalline state together with a small local increase of temperature, which immediately decreases behind the action potential. In addition, the mechanical wave correlates with the voltage peak.

This theory brings attention to the thermodynamical part of plasmamembranes, which are indeed often neglected in this field. However, for Thomas Heimburg, only the soliton theory can be correct, not the Hodkin-Huxley model.

The goal of anesthesia is, to make the patient or animal temporatily loose their awareness, i.E. to perform surgery. Accordingly, the signal transmission in specific neurons has to be lowered. An experiment by Ernest Overton showed, that the effect-strength of anesthesia is proportinal to its solubility in fat. Since, the plasmamembrane is mostly made from fat, anesthetics are thought to be taken up by the membrane. As a result, properties, like the freezing point, are changed (lowered). Thus, the membrane is not able to transition into the crystalline state and an action potential can’t be propagated along the axon. These effects can be counteracted by increasing pressure, lowering the pH or the temperature.

Problematic points of the soliton theory

So how can we explain the wave-like change in diameter traveling along the axon, if not by the soliton model? Well, first, the curvature of the membrane might change when an electrical field is applied. Second, An action potential is the result of an ion-concentration and voltage change. Therefore, there might be osmotic effects, like water entering the cell owing to higher sodium-concentrations. In my opionion, the soliton model might offer an addition to the present knowledge. Other aspects (optic, mechanical) aspects are indeed neglected when it comes to studying action potentials. The claim that the soliton theory is the only true model is not bearable for me. To completely leave out ion channels, ionic currents, extensively studied structures and binding-site of channel-proteins seems to be a bit ignorant to me (keep in mind, this is only my opinion as a student of neurosciences).

What do you think? Is there only EITHER/OR? Or maybe an AND? Which concept do you like better? Let me know!

Have a nice day,

Stina Börchers is a German neuroscience PhD student at the University of Gothenburg, Sweden. She completed her undergrad studies in biology in 2017 and her master's in neurosciences in 2020. Next to studying, Stina blogs about scientific topics, her daily life and experiences as a student here and on instagram. View all posts by Stina Börchers

One thought on “Mechanical Waves in the Brain – A Steam Punk Fantasy?”